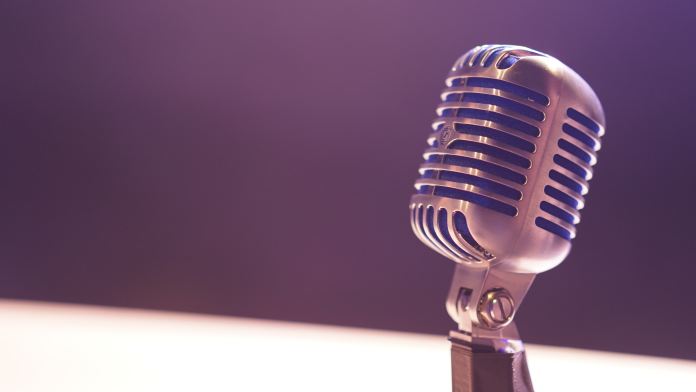 What speech patterns can reveal about brain health

If dementia could be diagnosed earlier in patients, or even predict who might develop the disease later in life, it would mean nothing short of a revolution in dementia care. If caught early enough, steps could be taken that might prevent or delay its onset. With one in 10 Canadians at risk of developing Alzheimer’s disease after age 65, research on early detection is progressing rapidly.

Language Is The Lens Into Your Cognition.

One exciting area of research involves using speech recognition. “Language is the lens into your cognition,” says research scientist Frank Rudzicz, a co-founder of Toronto-based WinterLight Labs. Rudzicz and software developer/fellow co-founder Liam Kaufman are part of a team that developed a tablet-based speech analyzer to detect dementia in its early stages.

WinterLight’s invention, which relies on artificial intelligence (AI) and machine learning, works like this: A clinician records the speech of a patient describing a picture. Then, the speech analyzer extracts about 400 variables from the speech samples, examining linguistic cues that may point to early cognitive impairment. Variables include pitch, tone, rhythm and rate of speech, as well as pauses and word choice. The analyzer can also detect subtle differences in shimmer – a measure of voice instability beyond the range of human hearing. As Kaufman notes, the tool picks up on speech differences that he has sensed in people with dementia but could not articulate.

“With a complicated disorder, you should use a variety of tests, but I think our assessment could play a critical role in the diagnosis of dementia,” says Kaufman. “With each objective measure, you create a richer objective picture of the status of that person’s mental health.”

WinterLight is also in the preliminary stages of developing technology for predicting dementia in people who don’t yet have cognitive decline. Currently, researchers are tracking televised archived interviews with Gene Wilder and Ronald Reagan, looking for signs of Alzheimer’s disease years before they were diagnosed with the disorder.

Changes in Language Are One Of The Earliest Markers Of Dementia.

Patients often struggle to find words, pausing more and using simple words and more pronouns (for example, “her,” instead of “Rita”). “We often speak subconsciously, so the words you choose to use and the shimmer in your voice can reveal everything from memory difficulties to sadness,” explains Rudzicz.

Before WinterLight, Rudzicz, who is 38, built Ludwig, a boyish robot that can speak and interact with those living with dementia. He also developed a speech transformation technology to improve comprehension in noisy call centres. Although speech-related technology is a theme in Rudzicz’s work life, his real fascination is with AI. “If our goal is to develop real artificial intelligence, being able to understand language is the best way to do it,” he explains. “It encapsulates so much of what it is to be a human.”

Rudzicz has no interest in research if it doesn’t ultimately contribute to the social good: “Deep down, it’s motivating to see that people can actually benefit from our tool.” He also has another, more personal, motivation: He watched his grandparents’ cognitive decline and the effect it had on his mother, their caregiver. “It took a lot out of her,” he says.

Although Kaufman hasn’t been touched by dementia personally, he witnessed his grandfather’s challenges to regain speech after developing aphasia as the result of a stroke. Kaufman, age 36, originally trained to be a neuroscientist but became hooked on web development and programming. At 30, he launched Understoodit, a startup that let students anonymously express their classroom confusion. He was drawn to WinterLight because it offered him technically challenging work and the chance to help people with dementia. “The fact that what we’re doing is hard, and the fact that what we’re doing is helpful, makes my work intrinsically interesting for me,” he says.

Currently, doctors assess Alzheimer’s via paper-and-pencil based tests, which are time-consuming and subjective – not to mention stressful. WinterLight’s alternative is more accurate, objective and less anxiety provoking because patients usually can’t tell how well they are performing. In addition, the speech analyzer can be used more frequently than current tests, allowing clinicians to spot trends in cognitive health.

WinterLight research started with Katie Fraser, another founder, who was applying machine-learning methods to analyze speech that might indicate aphasia. The startup, which was incorporated in September 2015, has been helped along the way by AGE-WELL. In 2016, WinterLight won AGE-WELL’s Technology to Support People with Dementia pitch competition. As well, the aging and technology network provided WinterLight with funding that helped them get off the ground, and is now backing a pilot project in which four senior-living communities use the speech analyzer to monitor the progress of dementia in residents.

Other WinterLight milestones include finalizing $1.5 million in seed funding last summer and taking part in Revera’s Innovators in Aging program. Recently, the startup signed three deals with pharmaceutical companies to use the speech analyzer for research and development, including one that will be included as part of a large clinical study.

WinterLight’s long-term goal is to roll out the analyzer to doctors’ offices and hospitals. But first it must go through a federal regulatory process to get approval as a medical device. The team is also looking at creating an app that would allow people to monitor their own cognitive health.

Given Rudzicz and Kaufman’s vision and drive, as well as the increasing sophistication of technology, the company is optimistic about the possibility of more advancements ahead. “I think we’ve just scratched the surface with how AI and machine learning can improve healthcare inefficiencies,” says Rudzicz. “I think there’s a ton more we can do.”

(This article first appeared on YouAreUnltd)