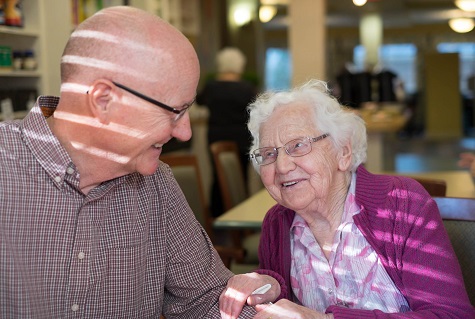 The characteristics of wellness programs vary between countries because of demographics, cultural factors, health systems, and financial considerations, but providers everywhere are working to boost wellness and preventive care.

One of the key challenges in a rapidly aging society is keeping older people healthy longer and delaying or avoiding disability and dependence.

Luckily, there’s no shortage of innovation when it comes to aging and wellness. From robotic companion seals to music therapy to dementia villages, countries and aging care organizations across the globe are looking at how they can integrate wellness into aging. Indeed, according to this Global Health and Aging Report [link goes to a PDF], put out by the World Health Organization (WHO) and the National Institute on Aging (NIA), mounting evidence shows that seniors can remain healthy and independent well into old age if the right policies and programs are in place.

Asian countries are increasingly recognizing the importance of both wellness and prevention, says Dr. Samir Sinha, director of geriatrics at Toronto’s Sinai Health System and University Health Network. For instance, Japan, which has the oldest population in the world, is a leader in innovation. Although this country has had a strong history of caregiving, adult children are increasingly moving away from home, meaning that other caregiving processes have been developed. Japan has increasingly turned to technology, including robots, to fill the caregiving gap. In another type of initiative, postal workers from the Japan Post Holdings group pay home visits to older adult residents, noting changes in their health and living conditions and sharing them with family and health care professionals.

In terms of residential care, the Morinokaze Nursing Home in Tokyo distinguishes itself. This “diaper-free” community, which has 1 care staff for every 2 residents, aims to help residents rehabilitate to the point where they can walk dress, bathe, and even use the toilet independently.

Denmark at the Head of the Pack

Along with Japan, Western European nations are at the forefront of healthy aging, trying a mix of things to combat social isolation, promote vaccinations, and promote exercise, says Sinha. Denmark, especially, stands out for its robust system of home and community care, which has helped it keep its health spending in check while keeping more people out of hospitals and nursing homes, he says.

Another noteworthy Danish innovation is the Nursing Home of the Future, which has revolutionized the concept of an aging care home. This state-of-the-art community allows residents, researchers, and technology companies to do trials of new technologies, including a physical rehabilitation robot and a mobility monitoring system that aims to prevent residents from developing pressure ulcers.

“Half the battle [around aging and wellness] is redesigning or accommodating our cities to become dementia and age-friendly,” says gerontologist Dan Levitt of Abbotsford, British Columbia. In his view, dementia and age-friendly cities support older adults in feeling included and a part of the community, instead of feeling like “an outsider in their own backyard.”

For instance, communities that focus on accessibility make it easier for people with mobility issues, who are often older adults, to move around. Likewise, businesses and shop owners in dementia-friendly cities, who are trained to deal with people living with dementia, are more likely to be patient with customers who ask the same question repeatedly.

In the United Kingdom, Belong is an award-winning example of a senior living organization that aims to provide the best in accommodation, services, and support for people living at various stages of dementia. The villages are partly inspired by Hogeweyk in the Netherlands, a well-known village of 23 households designed for seniors living with dementia.

Belong households incorporate best-practice dementia design principles, such as open design that maximizes independence, with a kitchen at the heart and access to the outdoors through gardens and large balconies.

“This means residents live in a family-like environment, where they feel they belong and they can get involved in meal preparation and enjoy positive relationships with those around them,” says Tracy Paine, Belong’s deputy chief executive.

Belong villages are also engaged with the wider community. Amenities in the various villages, like bistros, hair salons, and specialist gyms, are open to the public, and a range of organizations use their function rooms. In addition, Belong is also involved in a research partnership to explore how the arts, including storytelling, sculpture, film, and dance can be embedded into care environments and improve the lives of those with dementia.

Like Paine, Levitt is a proponent of the group household model. Across the globe, the aging care field is realizing that household models offer a better style of living than large institutions, adds Levitt, who is executive director of Tabor Village. Eventually, Tabor plans to build a center for living (“We’re not calling it a nursing home,” he says) where 14 residents will live together in one household.

Tabor Village approaches wellness holistically and believes it
should be reflected in everything from design to services to
schedules. Photo courtesy of Tabor Village.
“We believe we will be able to create an environment where most of the people living together will get to choose when they wake up, what they eat for breakfast, how they spend their day […] rather than staff determining what’s in their best interest,” Levitt says.

At the larger Tabor residences, residents are offered “relaxed breakfasts” based on resident preferences rather than staff convenience. Levitt says catering to residents’ individual needs can go a long way to improving their quality of life. Most restaurants will make meals just for you. He asks, “Why don’t we do that in long-term care?”

“I would like to think that we can rethink, reimagine, and reinvent the aging experience,” says Levitt, who is also a Global Ageing Network board member. In fact, he believes it’s the duty of aging care organizations to transform the lives of people receiving care.

Another of Levitt’s beliefs is that it’s vital for the field to take a holistic view of wellness. “Part of wellness is [not] medicalizing the care, [so that] people become individuals rather than their disease diagnosis,” he says. At Tabor Village, “it’s not just about clinical care—we take care of the whole person.”

In addition to spiritual therapy—Tabor has a full-time pastor on staff—residents are offered other therapies like horticulture, art, and music. It’s a miracle to watch nonverbal residents singing along to familiar hymns like “Amazing Grace” or a Beatles song, says Levitt. “[Music] awakens them, it brings them to a higher level of consciousness and connection with other people.”

Marcus Riley, CEO of BallyCara, an aging care organization in Australia, is on the same wavelength as Levitt.

“The big thing to emphasize with a successful wellness program is that it’s holistic,” Riley says. “It’s about the physical and the emotional well-being, not just coming to an exercise class. […] Socialization is a big part of the program too.” He notes that BallyCara’s wellness center, which serves residents as well as people in the wider community, includes a café where people can socialize before or after they take an exercise class.

Riley, who is the author of Booming: A Life-Changing Philosophy for Ageing Well, believes everyone has the potential to age well. Focusing on positivity and understanding the capabilities and potential of older adults, no matter their stage of life, is a key aspect, he says. One example he points to is a nonverbal person who has been helped by therapists to use painting as a medium to communicate. “It’s been a powerful tool,” he says. “It’s been really great in unlocking this person’s potential—it’s been a boost to their self-esteem and sense of engagement and their sense of purpose.”

Wellness Is Not Hard-Wired

In the opinion of Riley, who is the immediate past chair of the Global Ageing Network, the Australian government does not adequately foster and incentivize the delivery of wellness services to older adults. In fact, there’s an inherent disincentive for aged care providers to restore residents’ capabilities, because funding levels decrease if people improve their independence.

“The framework is not around wellness,” Emmerson says. “It’s really that traditional, almost old-fashioned, medical model.”

In contrast, some northern European countries with national health systems have been “exceptional in terms of really caring for older adults and being innovative and inclusive in how they provide services,” says Dr. David Lindeman, director of the Center for Technology and Aging, Oakland, CA. (The “Survey of Health, Ageing and Retirement in Europe” [SHARE] says that in countries where the welfare state attends to the organization of long-term care, needs are generally better met than in nations where caregiving falls upon the family.)

While governments are starting to recognize and emphasize the importance of wellness and prevention, increasingly, business and private health care providers are catching on more quickly, he says. Although North America is behind some other jurisdictions around the world in providing vaccinations for older adults, private insurers, who want to contain downstream health care spending, are promoting new vaccines, such as the one for shingles.

Lindeman also points out that over the last decade, the focus has changed from just dealing with chronic conditions and loss or illness to emphasizing prevention. “The issue is [that] the cost due to chronic conditions and the need for residential care just continues to go up—that’s really the driving factor.”

For more information on global wellness in the aging field, check out the WHO’s Study on global AGEing and adult health (SAGE) or the resources list at NIA’s global aging page.