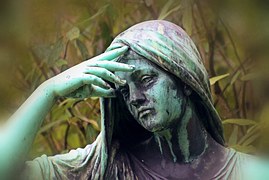 I was seemingly born socially awkward, inward-turning and easily hurt. So, at the age of eight, I was more than delighted when a new girl in our neighbourhood latched on to me. Despite my social liabilities and her social prowess, Dawn was unflinchingly loyal to me, even as other girls circled around her—the athletic ones, the daughters of doctors and lawyers, the girls who were popular with boys.

Things broke down when we turned 16, when a boy with green eyes obstructed by long brown bangs landed in Dawn’s orbit, joining us on our daily walk home from school. The more they gazed into each others’ eyes, the more sullen and miserable I became. Also sarcastic. A trait not appreciated by Dawn, who ultimately blew up at me.

To protect myself, I dramatically cut myself off from Dawn, emitting an iciness when she tried to smooth things over. Eventually, predictably, she stopped calling me, and I placated my deep ache with sugary, milky, chocolaty sweetness, gaining 20 pounds in the process.  Then, as things sometimes happen when you’re young, I moved on, got involved with other people, and stumbled out of the abyss of loneliness, hurt and rejection.

All this to say that I know how excruciating loneliness can be on an emotional level. What I didn’t know, until recently, is that feeling empty and forlorn can also be physically and mentally detrimental. This seems to especially be the case for seniors, who are more likely to encounter loss as well as health problems, both of which can increase the need for social support.

For starters, feeling lonely can affect your brain health. Lonely older adults are more likely to have memory problems and are at higher risk for dementia, according to geriatric psychiatrist Nancy Donovan, who studied 8,300 seniors, finding that those who reported feeling the loneliest had a 20 percent faster decline in mental ability than more sociable souls. The 2012 Amsterdam study found that loneliness increased the risk of developing dementia by 65 per cent.

On top of this, a 2014 meta-analysis of 70 studies, featuring over 3 million participants (all under 65, but mostly over 50), revealed that loneliness and social isolation better predicted premature death among people. “Heightened risk for mortality from a lack of social relationships is greater than that from obesity,” stated the researchers. Co-author Tim Smith, who noted that people are increasingly choosing to live alone these days, predicts “a possible loneliness epidemic in the future.”

A sobering and painful thought. Perhaps we should heed lead author Julianne Holt-Lunstad, who urges us to start taking our social relationships more seriously.