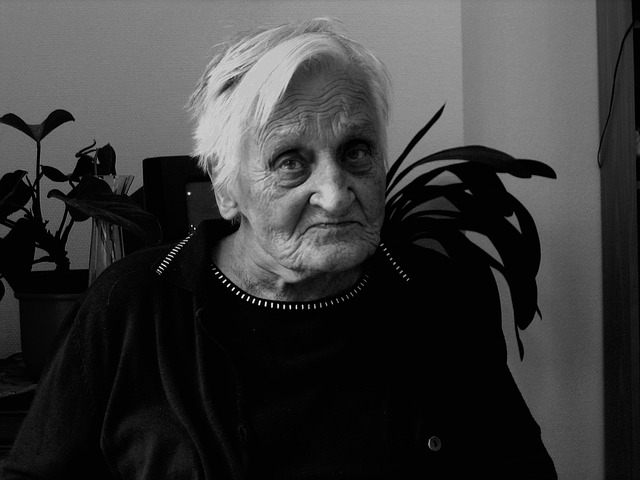 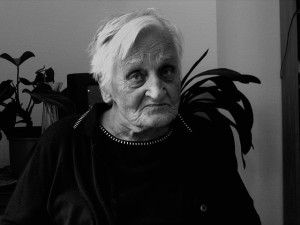 Grace had always been what you might call a traditional woman in a traditional sort of marriage. So the day she stood in the living room, a carving knife raised in her hand, yelling obscenities at her husband of 50 years, her family knew something was terribly wrong.

And what was wrong was dementia.

Grace was my best friend’s mother, and even when that friendship fizzled, I continued to visit Jenny’s mom regularly. She’d always greet me at the door in one of her blue never-a-wrinkle-in-them dresses, her heavy arms wrapping around me in a warm embrace. Then we’d sit in the living room drinking tea, cinnamon roll scent drifting in from the kitchen, Grace perpetually knitting a sweater from a blue-grey ball of yarn, a series of ginger cats lounging on her lap.

She was a fill-in mother for my own, some 700 miles away — so, it shook me up to see the changes over time — the sometimes vacant look on her face, the same story told more than once, and, lately, her hands busy not with knitting but with compulsively shredding white Kleenex on the floor.

And now this “incident,” which led to the memory care wing of a nursing home.

This progression of events left me feeling sad if not horrified for Grace and her family. It also heightened the low-level anxiety that’s been running in the background ever since my middle-aged memory lapses appeared on the scene. (Don’t call me paranoid—nearly one in seven Canadian seniors developing Alzheimer’s, women outnumbering men two to one [yikes!]).

To quell my fears, I’ve been on a quest to find a dementia-preventing solution, though I found precious little to ease my mind; that is, until I heard about this breakthrough in the Alzheimer’s world—trial results show that the drug Solanezumab may slow the pace of mental decline.

So, one more option besides living a healthy lifestyle (which some say may help) or drinking coffee (which gives me the jitters) or red wine (which puts me to sleep).

Way too late for Grace and her peers, but good news for people like me who haven’t entered senior citizen-hood yet.